WASHINGTON – The public transportation industry is urging Congress to
immediately provide $16 billion in direct emergency funding to public transit agencies to offset costs and revenue losses caused by the impact of the COVID-19 pandemic.

“Public transit agencies are being massively impacted, and immediate measures need to be taken to ensure these agencies can continue to provide essential services to their communities now and in the future,” said Paul P. Skoutelas, American Public Transportation Association President and CEO in a statement. “It cannot be overstated – without these funds, the overwhelming majority of public transit agencies will be required to either drastically curtail services or suspend services altogether. The time to act is now.”

The industry has experienced dramatic reductions in ridership due to the workplace restrictions, with an estimated $14 billion in losses expected in both fare and sales tax revenue, according to APTA. In addition, $2 billion is needed to cover upgraded cleaning.

Plans are in place for the nation’s railroad community to keep trains moving as the U.S. continues its fight with COVID-19. Operations are ongoing, although the industry and others have been forced to function remotely to comply with health recommendations and state and national stay-at-home mandates.

Steve Allen Goen returns to publishing in a big way with the release of the first of 10 books showcasing passenger trains in Texas.

“Passenger Trains of Texas Cotton Belt” debuted last fall. His first book since 2006, it features passenger operations of the St. Louis Southwestern Railroad (more commonly the Cotton Belt) between the Victorian Era of the 1890s to the railroad’s last mixed train in 1958.

Goen tells the story of the Cotton Belt’s historic run of passenger service through Texas with his signature style of photos and descriptions. However, he goes a step further with interesting tales that re-create the railroad’s journey through major cities and small towns in an age when rail was a major mode for moving people.

The 144-page hardback is his ninth book and includes color and black-and-white images of the Lone Star and Morning Star trains, as well as the Jitney in East Texas, gas electrics on the Stephenville, North & South Texas Railroad, and mixed trains to Sherman and Gatesville.

FRISCO, TX — The Museum of the American Railroad (MAR) had a showing in December of a 1:32 scale model of the historic Hotel Settles in Big Spring, TX, that was built for TrainTopia, the museum’s massive G-scale layout at the Frisco Discovery Center.

The model, produced by B&T Model Railroad Design, rises to six feet above the busy streetscape of TrainTopia and was delivered in November after 10 months of research and construction. It will be a permanent part of the 2,500-square-foot operating model train exhibit.

The hotel opened Oct. 1, 1930, and was built by Will R. and Lillian Settles. At 15 stories and 150 rooms, it was the tallest structure between El Paso and Dallas and featured a restaurant and pharmacy.

Among its guests were Elvis Presley, Lawrence Welk and President Herbert Hoover, as well as Big Spring native Jerry Allison, who drummed for Buddy Holly and the Crickets. 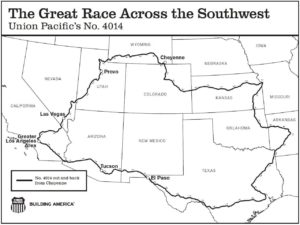 Some toys and scale models got a temporary reprieve Tuesday from tariffs to be imposed on goods from China arriving on U.S. shores beginning Sept. 1.

The United States Trade Representative delayed imposing 10 percent tariffs on some Chinese imports until Dec. 15. The announcement came a few days after two major model railroad manufacturers said they were raising prices for products currently on the water due to arrive Sept. 1 or later.

The Trump administration, responding to fears that deteriorating trade relations with China are hurting the economy, delayed a 10 percent tariff on only a portion of $300 billion in goods earmarked in May. USTR said that certain products were being removed from the list based on health, safety, national security and other factors. Among them are toys, including riding toys other than bicycles, puzzles and reduced-scale models.

Other items on the list are cellphones, laptop computers, video game consoles, computer monitors and certain items of footwear and clothing that typical are on holiday shopping lists.