Riley, Bachmann’s vice president of product development, was well known in model railroading circles and achieved some of the industry’s top honors. In 2004 he was inducted into the Model Railroad Industry Association Hall of Fame. An active member of the NMRA, he also received its Pioneer Award. 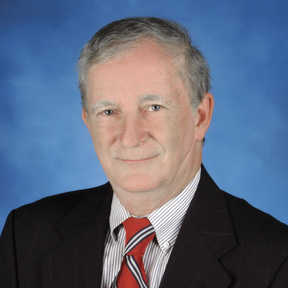 Riley led development of Bachmann’s top-of-the-line Spectrum brand of cars and locomotives and created the E-Z Track system. His name is on a number of patents for track and controllers. He was instrumental in popularizing On30 narrow-gauge railroading and was a member of the Narrow Gauge Hall of Fame.

“Lee was an integral part of the Bachmann team for the past 29 years, and his contributions and wealth of knowledge have helped make the company what it is today,” Janyszek said. “I had the honor and privilege to work with Lee for the past 12 years, and I thank him for helping not only Bachmann, but me personally.”

In a February Model Retailer story, Riley said he wanted to be remembered as an innovator. “Anybody can copy,” he said. “But real progress is only made by adapting new technology for totally original products.”

Riley, who was set to retire March 31, joined Bachmann in 1987 as product development director after working with Pro Custom Hobbies in Catonsville, MD, and Associated Hobby Manufacturers in Philadelphia. He was named vice president in 2006.

He also worked or consulted for a number of companies, including Lionel, Life-Like Products, Model Power and TYCO.

Janyszek heard numerous expressions of sympathy from colleagues and model railroaders at last weekend’s Rocky Mountain Train Show in Denver, where Bachmann had a booth. He said:

“I know that Lee’s legacy and the contributions he has made to the model railroading industry will carry on even after his death.”