Where can you see an 1863 steam locomotive, an FT diesel, the world’s largest tank car, a streetcar and the Katy Flyer? Maybe on a poorly planned model railroad layout, but certainly at the Museum of Transportation in suburban St. Louis, a paradise for the rail history buff and railroad modeler, no matter what era or location he or she models.

The St. Louis Museum of Transportation houses one of the largest and best collections of transportation vehicles in the world, proclaims John White, curator emeritus of the Smithsonian Institution. In addition to 150 pieces of railroad rolling stock, the museum includes 100 road vehicles, aircraft and even a towboat.

The 1863 steam locomotive is the Daniel Nason, the oldest locomotive in the collection and one of the oldest steam locomotives in the U.S. The 4-4-0 was built by the Boston & Providence Railroad and is the last surviving “insider,” with cylinders and main rods inside, instead of outside, the side frames.

The FT is GM 103, part of the four-unit demonstrator set of diesel-electric freight locomotives built by the Electro-Motive Division of General Motors in 1939. Known as “the diesel that did it,” the four-unit set persuaded skeptical railroad managements that diesel power was suitable for freight as well as passenger and switching service.

The world’s largest tank car, GATX 96500, is 97 feet long, rides on four 70-ton trucks and can handle more than 60,000 gallons of anhydrous ammonia or liquefied petroleum gas. Although its length and “whale belly” gave it enormous capacity, it was considered too big and never duplicated.

The streetcar, a PCC model that once ran in Philadelphia, is available for rides on a short loop of electrified track on the museum grounds. Much of the electric locomotive and traction equipment in the collection is in storage, but Ellison would love to display more, especially his favorite, GE No. 1, one of the first electric locomotives with looks “like something out of a Jules Verne novel.”

The museum’s Katy Flyer was named after the St. Louis-Texas passenger train but was created in 1945 to mark the 75th anniversary of the Missouri-Kansas-Texas Railroad’s entry into what is now Oklahoma. It includes an 1890-vintage 4-4-0 steam locomotive, a 34-foot wood boxcar, a 1901 flatcar, a coach rebuilt from a caboose, and a caboose originally built in 1882. 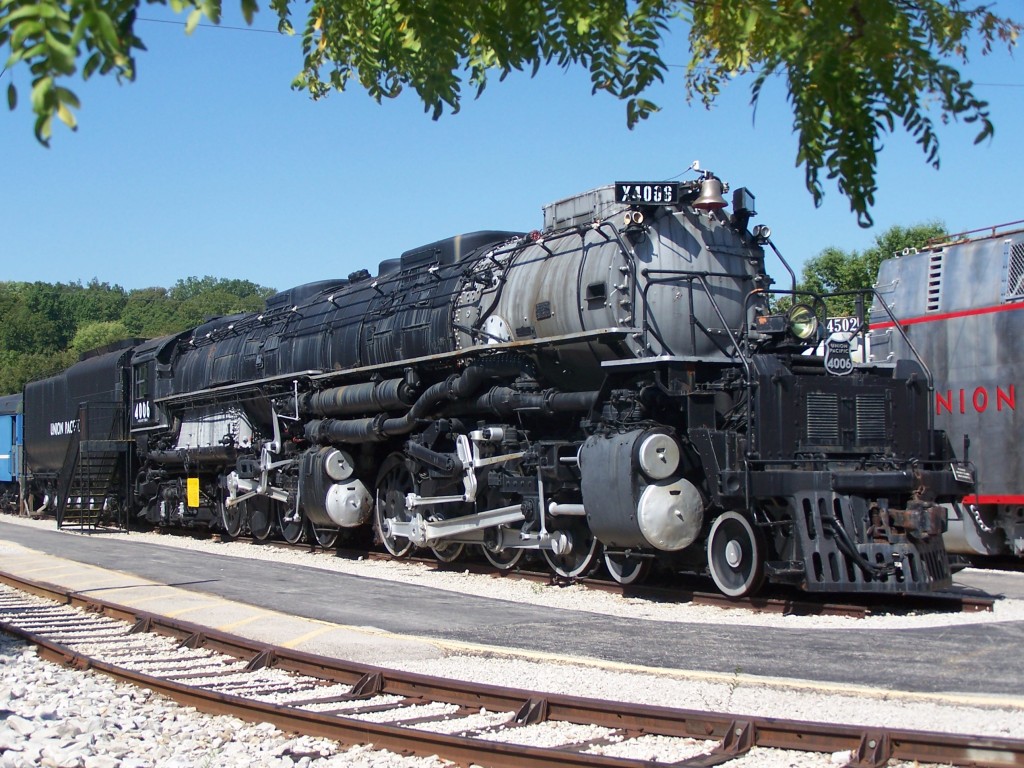 An expanded version of this story ran in the September/October 2012 issue.