Keith Edwards, who co-founded Kadee Quality Products Co., passed away Thursday at a Medford, OR hospital of natural causes. He was 91.

By the early 1960s, the brothers began to manufacture their Magne-Matic® coupler system in N scale. Gradually, the company added wheels, trucks and under frames to their product line.

In 1972, Keith Edwards led the company’s efforts in N and Z scales to form Micro-Trains Line Co., a separate division that at first specialized in N scale trains, Magne-Matic® couplers and accessories. Eventually added to the product line, were cars and couplers in Nn3 scale,  and Z scale were eventually added.

In 1996, Edwards joined his brother as a member of the Hobby Manufacturers Association Hall of Fame. Four years later, Keith Edwards retired.

“Keith inspired all of us at Micro-Trains, with his selfless passion for the hobby and business,” Micro-Trains CEO/President Eric D. Smith said. “Micro-Trains employees, and his family 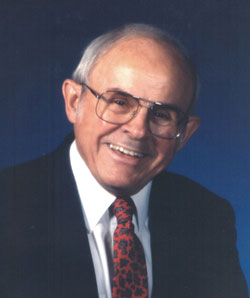 will miss him so very much.”