FRISCO, TX — The Museum of the American Railroad is back moving its steam collection now that the State Fair of Texas has passed, but railfans will have to wait a little longer to see MAR’s Union Pacific Big Boy ride the rails.

UP 4-8-8-4 No. 4018, the museum’s centerpiece, and Frisco “Meteor” 4-8-4 No. 4501 likely will be among the last pieces of the collection to move from Dallas Fair Park to the museum’s new site. That should happen sometime between now and the end of the year. 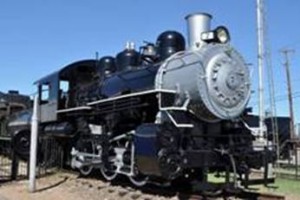 In the meantime, steam locomotives St. Louis-San Francisco No. 1625 and Dallas Union Terminal No. 7 are being readied for move by flatcar. MAR officials received word earlier this week that BNSF Railway is loaning four flatcars. The locomotives, neither of which run on their own, are expected to be loaded next week but a date has not been set for the move.

“It will take awhile to prepare because we’re going to have to chain them down to satisfy the requirements of all the railroads involved,” CEO Bob LaPrelle said.

Once loaded, the locomotives will make a quick trek to Frisco. The flatcars will run at normal speeds, unlike previous moves in the collection that were towed at restricted speeds.

After the move, the museum will focus on moving another consist of cars and possibly one of its diesel locomotives. “Then we’ll work toward moving 4501 and 4018,” LaPrelle said. “The F unit will probably be the absolute last piece to move because we’re using it to switch within Fair Park.”

Previous moves have garnered much publicity, enough that railroads assisting in transferring equipment to Frisco have expressed concern over observers wanting to get closer. While a media event is planned for the moves of the Big Boy and the “Meteor,” LaPrelle said MAR will strive to ensure safety.

Since the collection began moving in August, MAR has posted on its website that safety and security are of “the utmost importance” and that the museum is not inviting the public to be on railroad or museum property when announcing moves. The site warns that violations will be considered trespassing and interference with interstate commerce.

“The attention is a good problem to have,” LaPrelle said. “We’ll certainly work with the railroads and comply with them as we plan additional moves, including 4501 and 4018.”

Twenty pieces, including two owned by the city of Frisco, were within the perimeter of the new site by mid-October, with 22 to go.

No. 1625 is a 1917 “Russian Decapod” that got new paint in November 2008. Built by the American Locomotive Co. of Schenectady, NY, it was originally in an order of 5 foot-gauge engines for the Imperial Russian Railway.

Because of the Bolshevik Revolution, the locomotive was never delivered. It was re-gauged and sold to the United States Railway Administration when railroads became nationalized during World War I. The Frisco Railway later purchased and renumbered it.

The locomotive finished its career at the Eagle-Picher Mining Co. in Cardin, OK, which donated it to the museum in 1964.

Nicknamed the “Seven Spot,” No. 7 worked its entire service life, 1923-1962, as a switcher at downtown Dallas Union Terminal moving passenger cars to build trains for departure. It was retired in 1962 after the Christmas holiday travel rush.

The oil-burning locomotive was built by Baldwin Locomotive Works of Eddystone, PA, in 1923 and donated to MAR in 1963. It entered Fair Park under its own power.