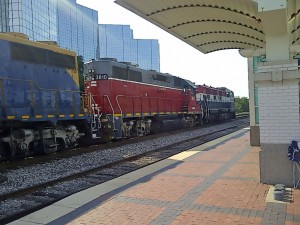 Two of the rail industry’s larger regional and short line railroads are getting new owners.

RailAmerica announced in July that it had entered an agreement to sell to Genesee & Wyoming, and Patriot Rail Corp. was acquired in June by a San Francisco-based investment and asset management services company.

GWI is acquiring RailAmerica for an all-cash purchase price of $27.50 per share. GWI’s acquisition of RailAmerica will combine the two largest short line and regional rail operators in North America, strengthening GWI’s ability to serve its industrial customers and Class I railroad partners. GWI expects to fund the transaction and the simultaneous refinancing of its existing debt with approximately $2.0 billion of new debt and approximately $800 million of equity or equity-linked securities.

John Fenton will become Patriot’s new CEO upon consummation of the sale.  Fenton is a career railroader and, most recently, has served as CEO of MetroLink, Southern California’s commuter rail public agency that manages a 512-mile system across six counties, including Los Angeles, and operates 162 daily trains.